Update: This post was written this past winter and then I forgot about it. I just wanted you to know that we do not have snow on the ground currently nor have we had any recently. Of course, this is Iowa and it could still happen!

We have had an increase in bald eagles around here lately. The other day as we were sitting in the living room, we saw a bald eagle swoop down to the road out front and attempt to pick up a dead rabbit. The rabbit was dropped and the eagle circled above. Then, another bald eagle started circling. 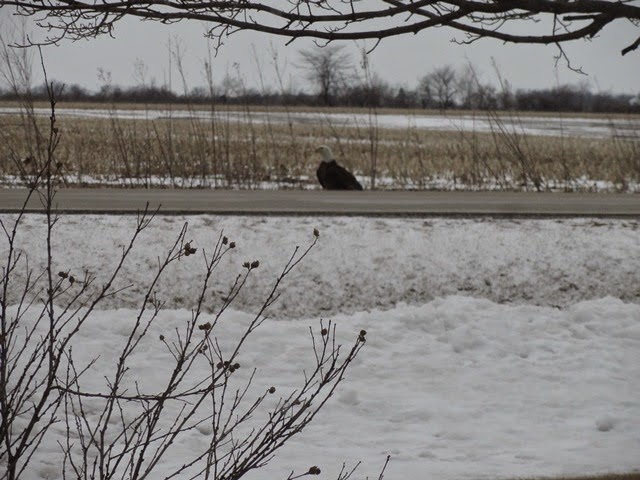 I wondered if it was a pair or two rival eagles. I had no idea if the female and male eagles looked the same so I did some research. It turns out that the males and females look the same except the females are usually larger. And the further north you go, the larger the birds get on average. 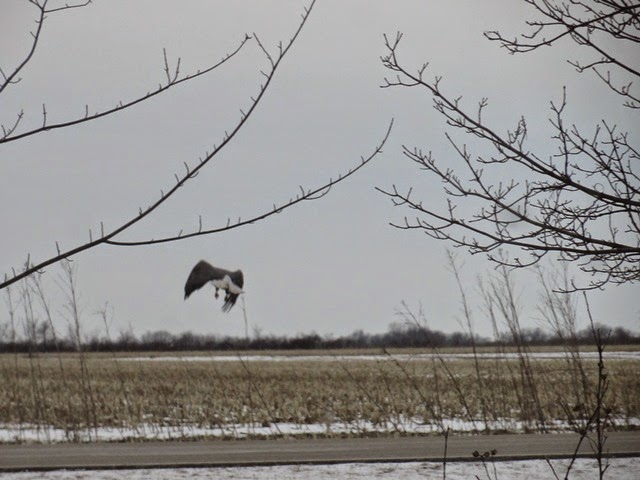 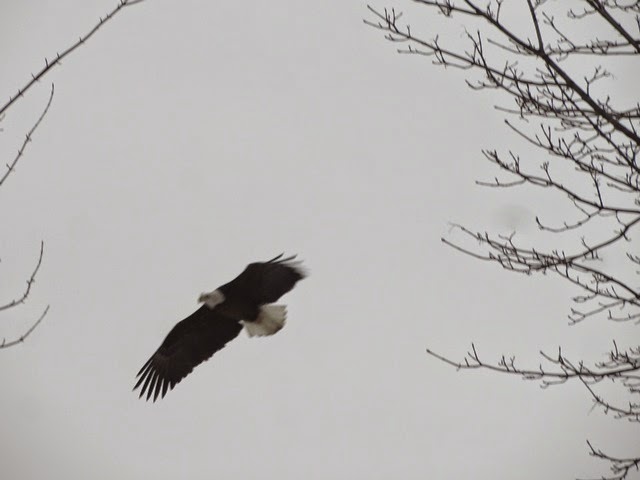 So, in the extensive research of the subject, I still have no idea if it was a pair of baldies out front or rivals. BUT, I know it could be either one. 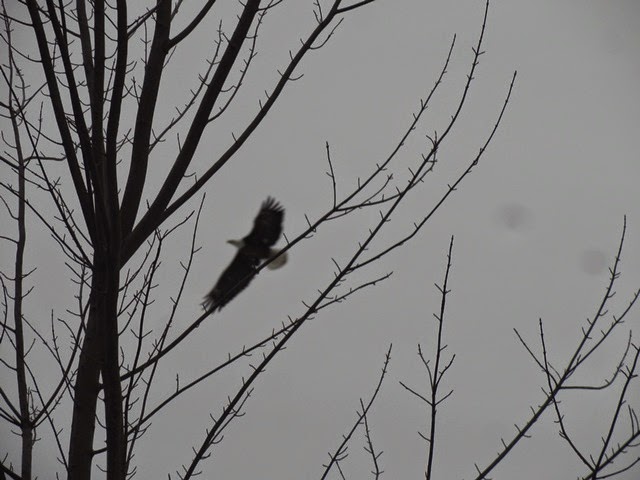