I looked out the window today and saw Daisy building a snowman. What? Daisy is our dog. What is she doing out there? I saw her pushing snow up into a pile. A rather big pile. 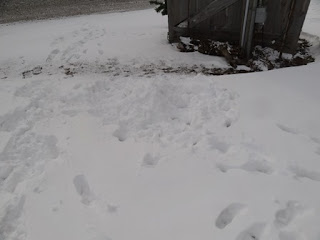 Her black face was almost completely white as she was using her nose to push the snow around. The pile got to be pretty tall. it was taller than the top of my muck boots. 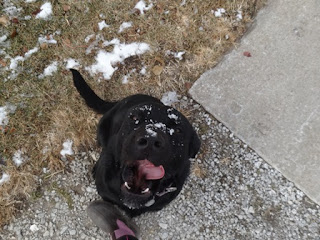 I thought at first that it was her raccoon. She has been carrying a dead raccoon around, playing with it.

I decide to go out, with my camera, for a better look. As I stepped off the porch, I could see it was not the raccoon since it was laying in the yard.

I asked her what she had. Ohhhhh, she was excited! I walked over to her pile while she circled me. I took my boot and cleared a bit of snow from the pile. Then, I saw it. An orange leg. It was a dead cat she got from the ditch. Yuck! We have more dead animals and animal parts in our yard, driveway, and porch. 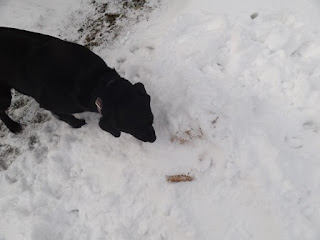 I guess if the kids aren't going to be out playing with her, she'll entertain herself! I kept asking her what she had. She usually likes to show off her finds. 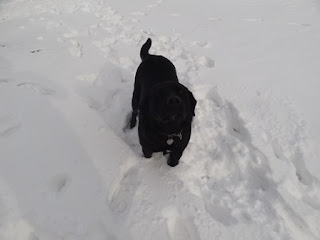 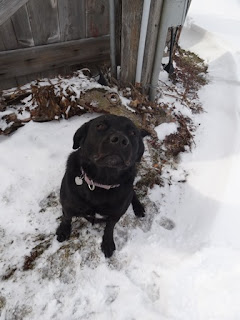 But then I said it was a kitty. She hung her head because she knows not to mess with our kitties. The more I asked, "What did you do, Daisy?", the more her eyes narrowed. 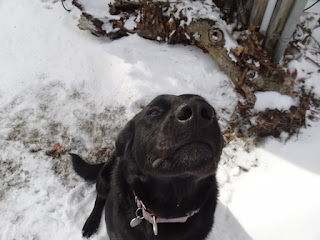 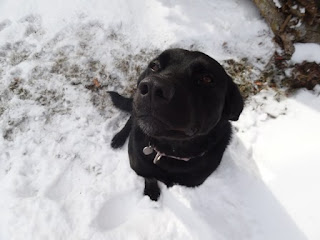 I guess it's just too cold to bury anything so she'll just hide it in a pile of snow!

As promised, here are some pictures of our lights at night. 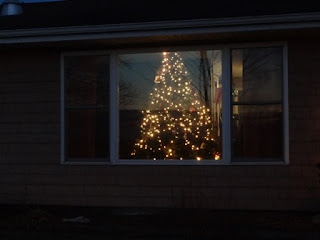 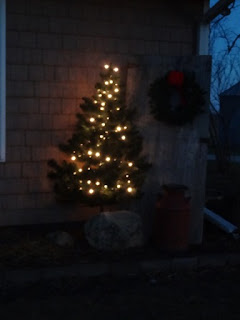 This next one is our old iron tractor wheel. These lights lasted all of one night before half of them went out. They were new, too! 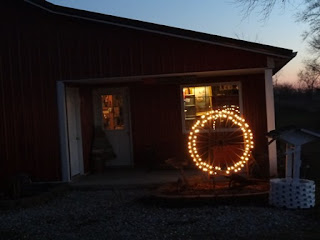 These next pics are of a little cabin front I built a few years ago. I built it wonky and thought it would only last a year at most. Well, it's still up. I love decorating it for the different seasons and holidays. 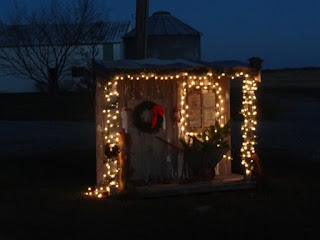 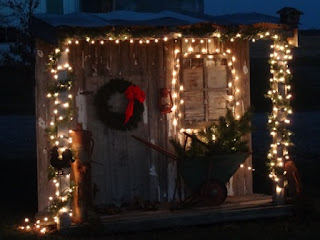 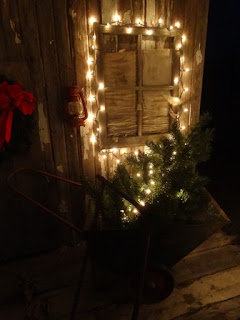 And that's all of them. I hope you all are enjoying your holiday festivities!
Posted by langela at 11:40 AM 5 comments:

Do You See What I See?

Yes, it's another post from me!! It's been quite awhile. I'm not even sure anyone is still out there to notice I'm alive and kicking.

It's been unseasonably warm this year. I was out putting up some outdoor Christmas decorations and found these little guys just soaking up the sun. 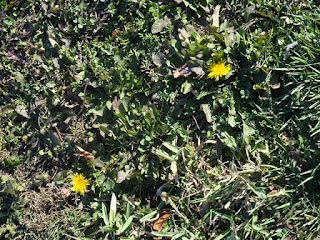 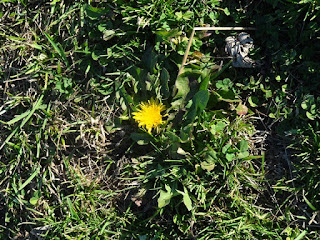 A lot has happened since I last posted. This is one of our latest additions to the farm. I saw it at a farm on our way to an auction a few weeks back. On our way home, we stopped and left a note with my number on it. The note just told the owner we were interested in buying the truck if they were interested in selling it. Long story short, they just gave it to us! Mr. Farmer went the next weekend and picked it up. There's not much left to it- no front axle, not much of an interior, etc.- but I love the look of it. Based on the design, we think it's somewhere between a 1949 and 1951 GMC dually farm truck. This is it the morning after we brought it home. 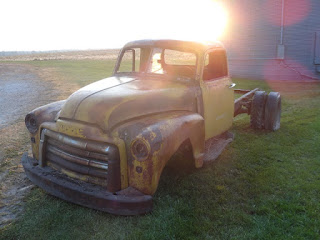 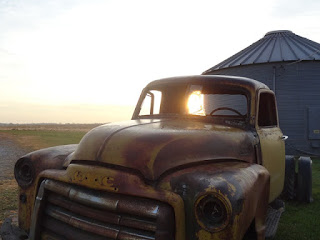 This is it with its Christmas wreath. 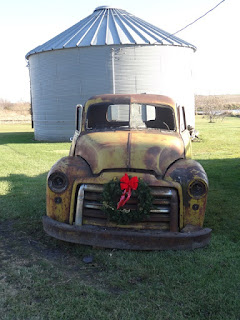 Here are a few more outdoor decorations. The lights aren't very visible. Maybe I can get out there to take some pics when the sun goes down. 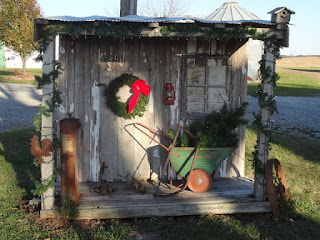 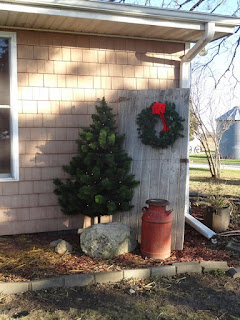 Well, I'd better save some things for another post!