After 18 years in our last home, we were somewhat forced to move to another farm. Many years of abuse by Mr Famer's parents led us to this hard life decision. I won't go into details but will say that we tried everything we could to fix things before deciding to cut them out of our lives for good. This gut-wrenching choice has been a necessary one, but it has also been the start of a new adventure.

Our new farm is out away from people. The house was built in 1900 and still sits on its original stone foundation. Over the years, owners have tried to fix the cracks and missing mortar. Sought to seal out the cold winter and mice and insects. I'm sure we will follow suit {we've already started}. The house has long since lost any beautiful woodwork it may have had. Many walls were stripped of their lath and plaster and replaced with drywall. The lath was saved and stored out in the barn. I discovered it and have recently used it in a project I will show you in the near future. 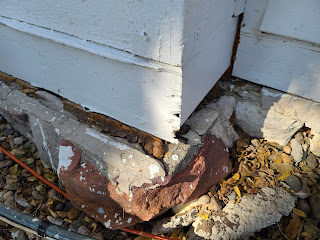 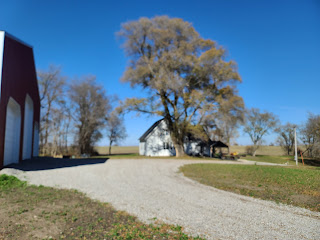 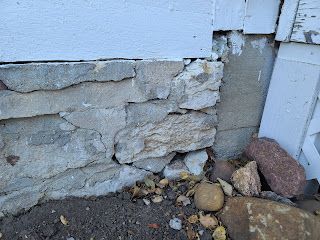 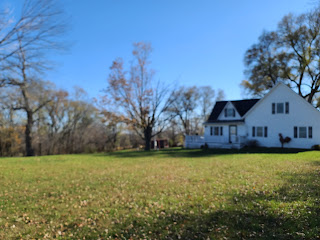 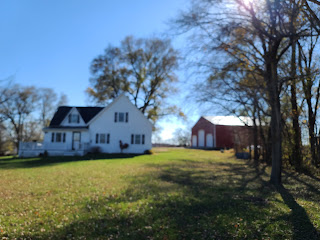 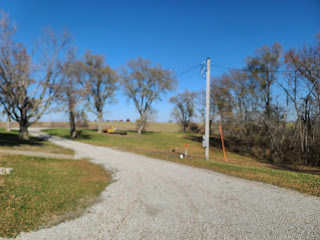 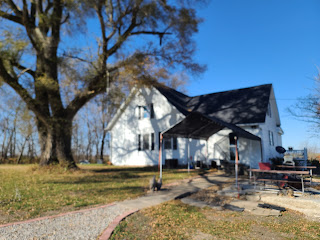 10 years after the home was built, a new barn was constructed. Also partially still on a stone foundation, it was put together with wooden pegs instead of screws and plates. The nails that hold on the board and batten siding are square head nails. The timbers are old but in fantastic condition... mostly. It has been allowed to fall into disrepair for so long that it is not savable. I hope to use some of its parts for new projects. It's a way I can keep it alive awhile longer. 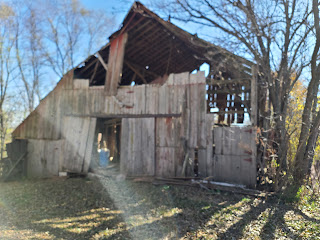 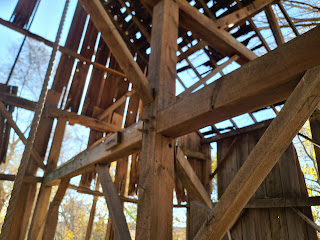 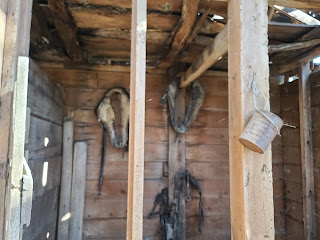 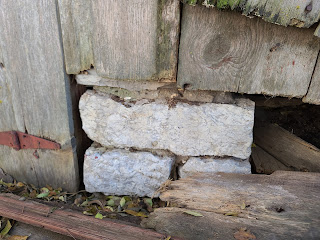 This little cutie is where we feed the dog and cats and store some of my antiques until I can find a place for them inside my much smaller home. It is insulated. A groundhog made a home in here a few years ago and destroyed the wood floor that was in it. It's now home to many, many wasp nests. I hope to remove all of them this winter when no one is active to sting me. 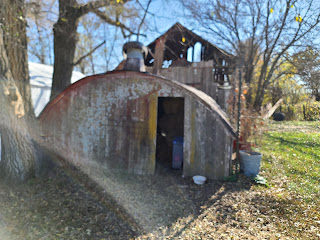 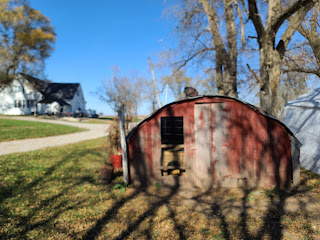 THE NEW SHOP
One of the first things we had to do was build a shop. We moved from a place with five outbuildings and a 2 car garage, to a farm with very little storage or work area. It's 56x72, with 16ft side walls. 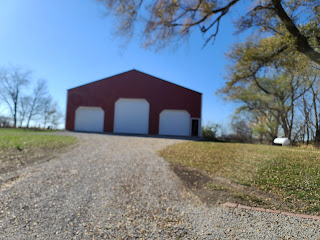 Up on the hill, on the other side of the new shop, is an old hog barn. It's falling down. We are hoping to cut off the part that is falling and save the part that is still upright. For now, we use it for storage. 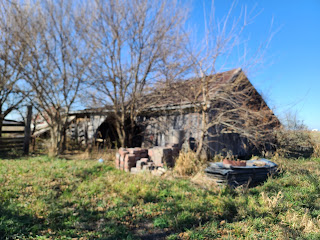 THE HAY FIELD AND VIEWS

Most of the land is a hay field. The neighbor puts up the hay which keeps it mowed up and nice. We mow a path around the perimeter as a walking path. We also mow a path through our small grove of trees. The trees shelter an overgrown mass of wild black raspberries. The views from up by the hog barn are beautiful. The hill looks off over hundreds of acres of wetlands, timber, and hunting ground. The colors this fall were stunning. 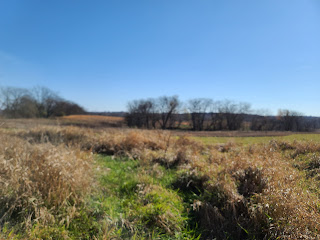 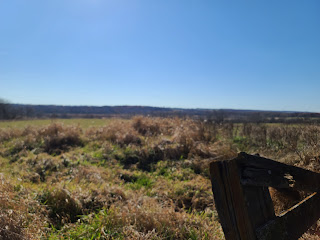 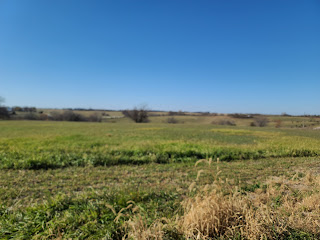 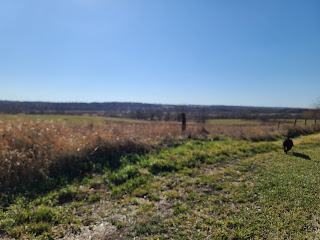 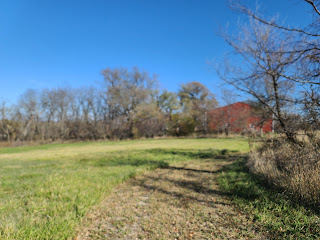 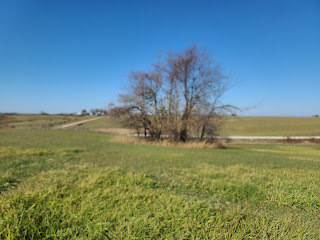 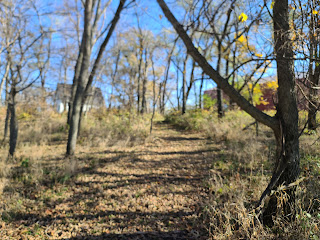 Posted by langela at 1:43 PM No comments:

Return of the Prodigal Woman

It has been a number of years since I last wrote and posted to this blog. My family has gone through many changes in those years. I hope to share some of those in the coming months. If you read through my past posts, you'll notice a change in tone and content. I'm entering into another phase of adulthood. My children are grown and {mostly} out of the home. We have recently moved and our goals are different now. We seek to slow down. To downsize. To relax and enjoy life.

But don't worry. That does not mean I am finished doing projects. Or goofing off. Or being sarcastic. I'm still me. :]

Posted by langela at 7:02 AM No comments: