What project we are working on today? 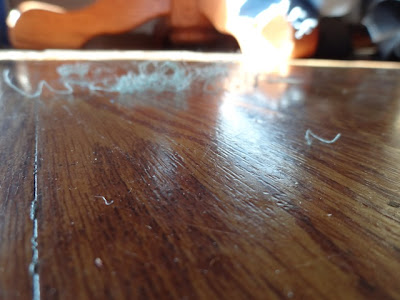 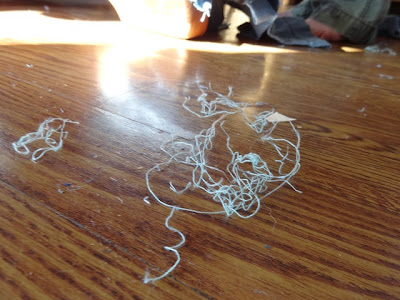 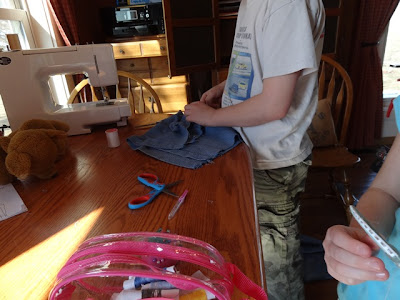 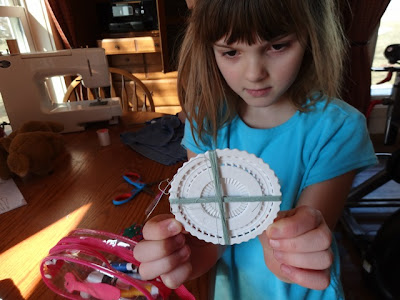 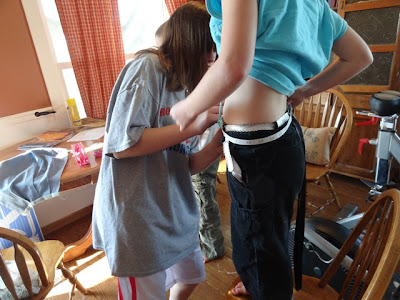 If you guessed that we are trying to make it look like a tornado hit the house for Severe Weather Week, you're right!

Or maybe we decided to do some sewing projects. Yep, that's it. Sissy started it all by asking for material to do a sewing project. Baby thought it sounded like fun and joined in. The two of them began ripping out seams on some old curtains I had. That kept them busy for quite awhile! We could hear the birds singing outside and all was quiet and peaceful in the house.

The Boy set to work on sewing a sleeping bag for his stuffed puppy. He made quick work of it. I'll bet he is the only one to finish a sewing project today. (It's a good thing his puppy doesn't move around or part of his lower half would slide out the big gaping holes in the bottom.) He is definitely goal oriented. 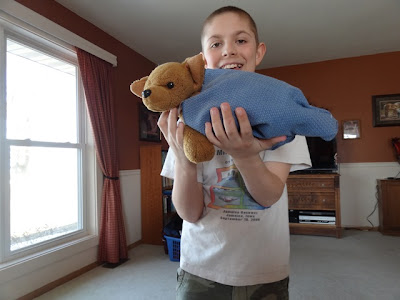 His sisters, however, are detail oriented.

The two girls decided to sew an outfit for Buddy and went outside to measure him. I tried to snap a picture for you, but Buddy ran away so quickly that I didn't have a chance. It was like he knew the torture that would befall him if he stood still. The laughter from the chickens. The heckling from the cats. The wolf whistles from passing strays. Yes, he ran very quickly.

So, the girls came inside and decided to sew their brother a skirt. He was measured. Then, Sissy got out the pins. The boy was terrified! He was mortified. He was embarrassed. His sister giggled, "I'm so excited. My brother is the best brother to let me do this. I can't wait to tell everyone at church!" 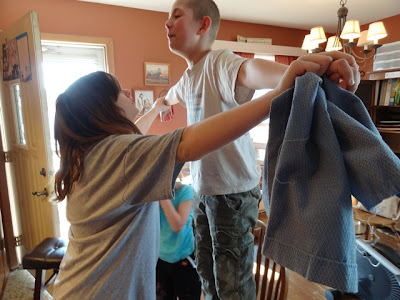 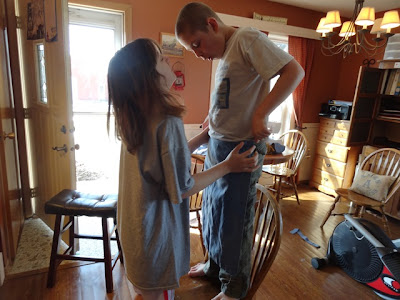 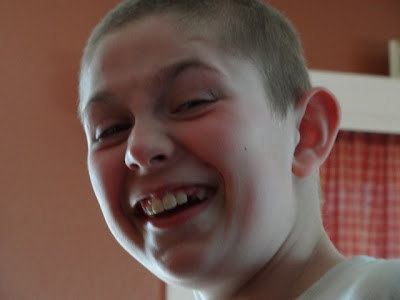 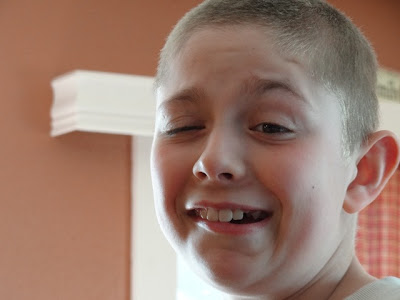 Then he asked, "Mommy, are you going to blog about this?"

"You can retire when we're done! Stand still or you're going to get stuck."

"Boy, I don't think any husband would do this for his wife," Sissy declared.

"I wouldn't do it for my wife, either!" The Boy retorted.

To act a bit more masculine, The Boy starts asking Baby to look at his muscles. "Look how big they are!"

"I need someone my size for this so it fits me," Sissy tells him.

"Don't worry. You will stay right where you are until I'm done with you," declares Sissy.

Baby is making mac and cheese for the kids. The Boy has been reprieved. Sissy is probably secretly plotting how to entice her brother back into her sewing project. All is good in the house again.

Another  update: Sissy actually did manage to get The Boy to be her mannequin again. She promised he could make lunch tomorrow instead of her. Sucker!
Posted by langela at 9:25 AM