Today is a fun day as we are mostly done with school for the year. First, I started some cinnamon rolls.

The kids asked to make corn starch goop. They played in that and made a mess for awhile. 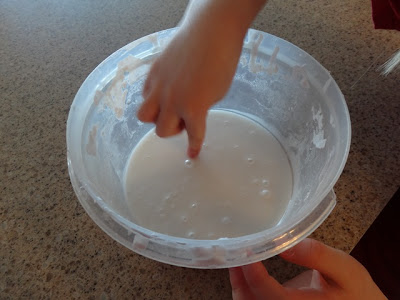 Then, they decided to make a schedule and take appointments for their animal hospital, nail salon, and hair salon.

The first appointment was for surgery on the Boy's puppy and Baby's "Marigold". Here is the operating room. Shots were given. Sympathy was shown to the waiting owner as he sniffled and cried. In an attempt to distract the owner, a book was sold to him. 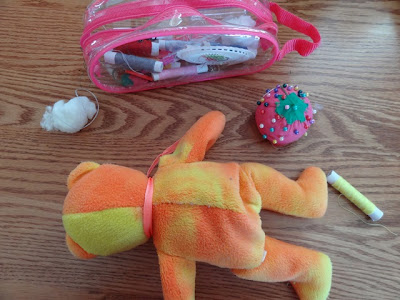 After the successful surgery, the Boy took Sissy, his customer, into the hair salon. He asked her to wet her hair down so he could put curlers in it. He told her, " I want to make you look like grandma." Sissy told him she didn't want to look like grandma. The Boy responded, "Then you could look like George Washington!"

Now who wouldn't want to look like our first president? It was an offer she couldn't refuse.

She wet down her hair and he set to work. 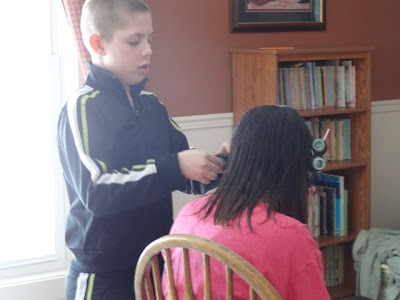 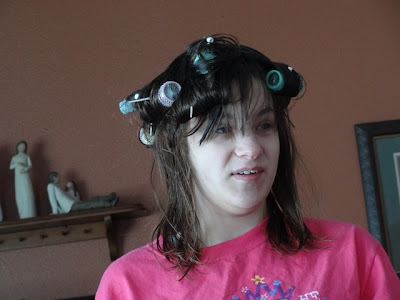 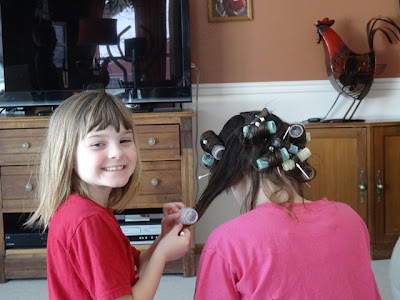 When he finished, Baby was tasked with drying Sissy's hair so they could see what an awesome job he did. 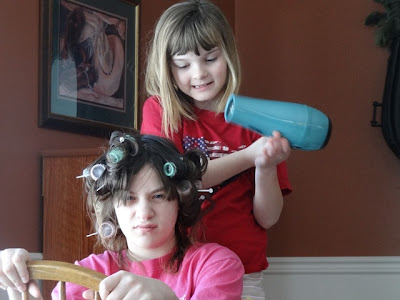 I tried to tell them Sissy's hair wasn't dry yet, but it fell on deaf ears. Does she look like George? The Boy is disappointed. 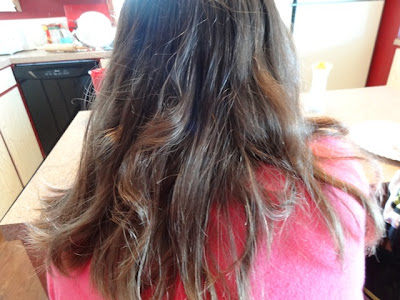 My cinnamon rolls are done. Mr Farmer is on his way by the house so I said I'd run one out to him. He couldn't get it any fresher from the oven! Then, I needed to taste one. You know, to make sure I wasn't going to expose my children to something horribly awful and be accused of mistreating them. Yummmmmy! And as I finished, Mr Farmer called to tell me that he wasn't sure he got a good enough taste and needed to come back for another one. (He didn't but would have if he wasn't on the clock.) 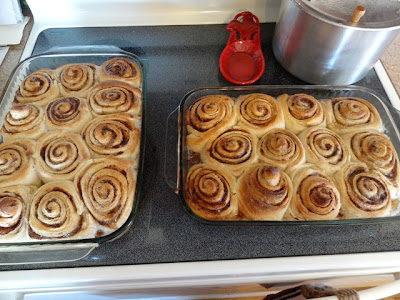 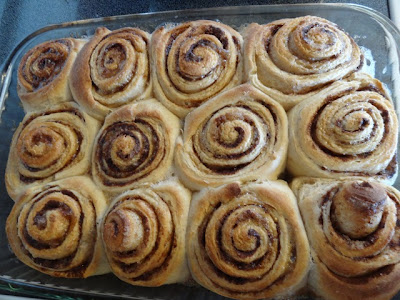 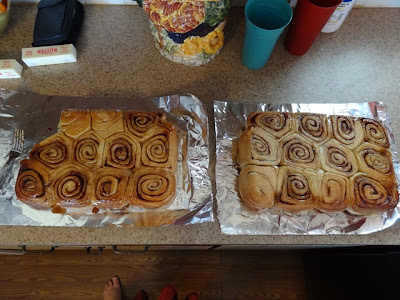 The kids approve of the cinnamon rolls. 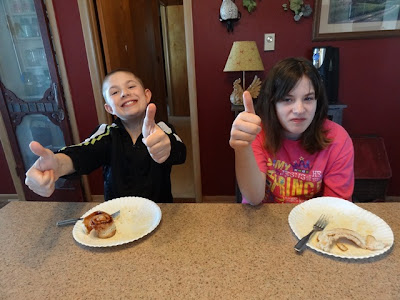 Baby gives them two thumbs and five toes up. 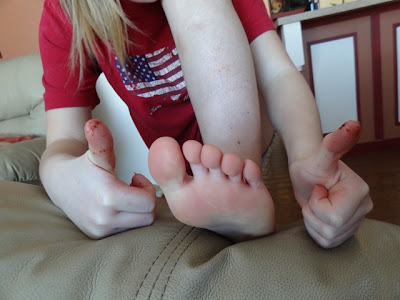 And finally, the nail salon. Apparently, if you have a brother with yucky toes and fingers, it becomes a self-serve nail salon. 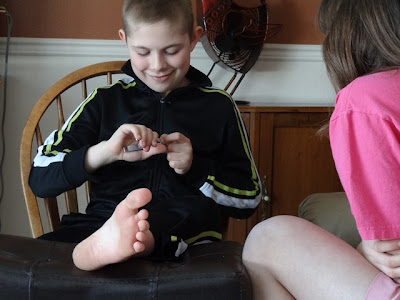 I love watching my kids use their imaginations. Of course, it helps when two of them are grounded off of all electronic entertainment.
Posted by langela at 9:48 AM