The kids and I were outside by 8 this morning. We had work to do. The area next to the front porch was next on our list. The rain is staying up north of us until this evening, so I want to get as much done as possible.

We brought up our landscape edging bricks and laid them out. The porch drains toward this area, so I dug a small trench to allow the water to escape out to the yard. Then, we filled it all in with mulch except the trench. 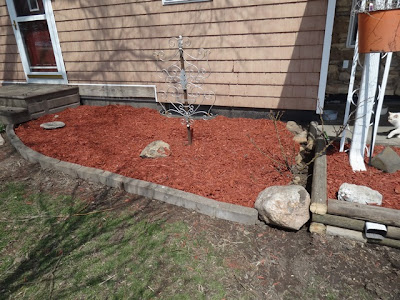 We have front steps that we never use. See the tulips planted in front of them. In the past, I incorporated the steps into the landscaping, but this year I wanted them to look more like an entryway to our home. I curved the bricks to meet up with the steps. 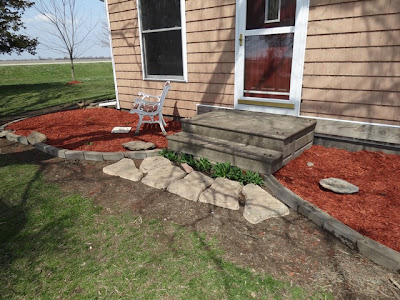 Next, we worked on the area on the other side of the steps. We laid out our bricks and filled it in with mulch and moved my little bench to the area. Not much grows here because it's shady and the soil has been rather compacted. There also used to be bushes here. We pulled those out a couple of years ago and I've been working on amending the soil. Now I have a few hostas and other shade-loving plants in here, but it still needs more. I usually forget what all I have planted, so I'll wait until things come up more to see where I need to fill in. 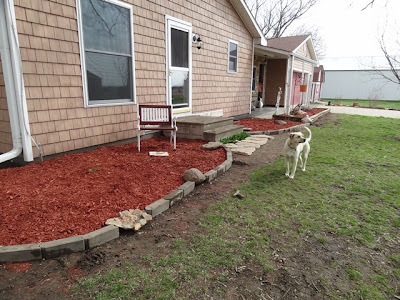 After that, we were out of mulch. We laid out the rest of the bricks we had across the front of the house. I'm short and need to buy more for along the north side, when I go in to get more mulch. 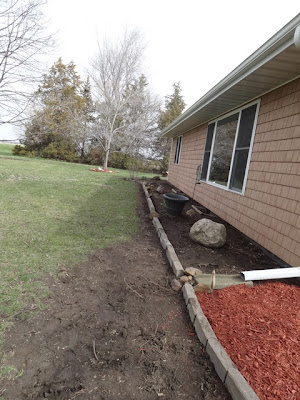 Finally, we took up bricks from the area on the east side of the garage. The bricks had been buried over the years of chicken baths in the dirt there. This is one sad flower bed! I may put in another flower box like by the front porch. Or I may just use the landscape bricks here, too. I'm not sure, yet. While working in this area the other day, the kids found a bat. He's been there for at least the last three days. I told the girls they could poke him gently today to see if he was alive. He squawked at us and spread his wings. Yep, he's alive! You should have seen how fast Sissy ran after poking it and seeing it move! Now the kids want to build a bat house. We'll see. It may be a good project for a rainy day. 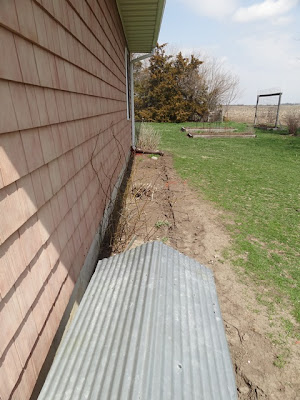 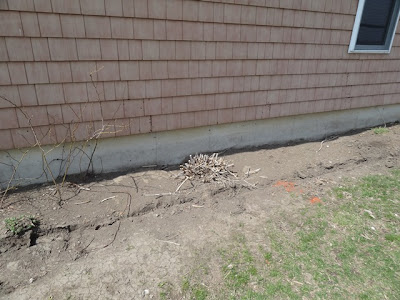 Things are a bit muddy, so the shoes have to come off before we enter the house. At least until the mud dries enough to be shook off. 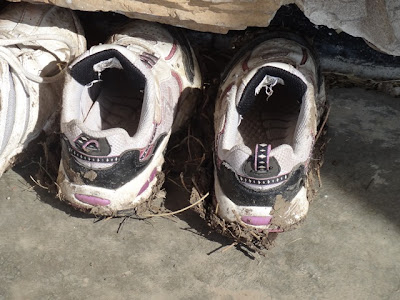 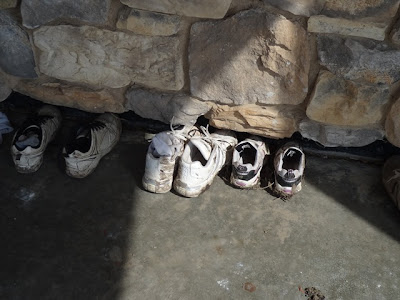 I called the store and their mulch truck just came in. We went to town and got 40 more bags of mulch and 75 landscape edgers. We drove home and got right to work. After a brief supper, we were back at it. By the end of the day, we had all the flower beds completely done. Whew! We used 103 bags of mulch! Sissy's hands and mine are raw and sore, but we did it. 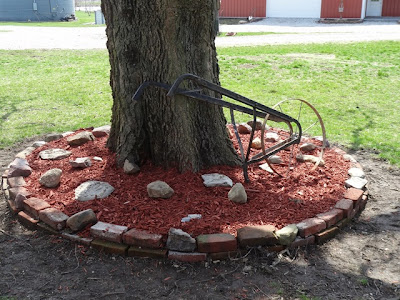 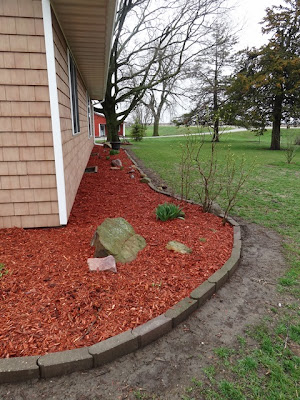 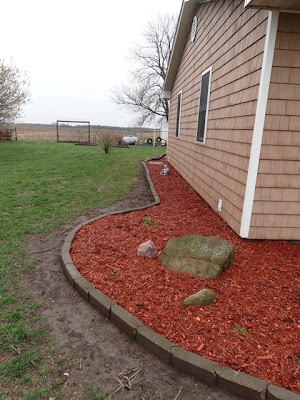 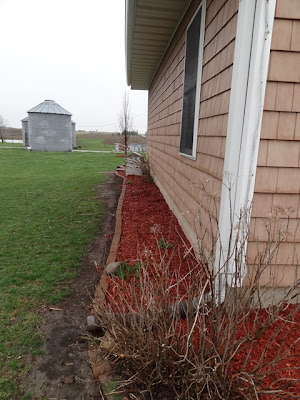 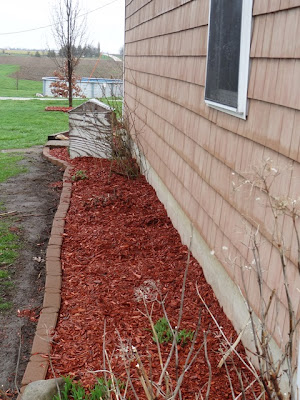 I can't believe how helpful the kids have been! My old body would never have been able to do all that by myself. Well maybe. If I took the entire summer! Sissy is especially helpful at picking up and carrying things. The Boy tries to get out of as  much of the hard work as possible. Unless he can look like a macho, strong man doing it. Baby tries her best, but is still too little to carry most of the heavier stuff. She was so proud when she lifted and carried her first bag of mulch. She cheered and jumped up and down insisting I cheer, too. She does, however, sing for us while we work. And she tells the other two when their brick isn't quite right. I have really enjoyed working with my kids these last few days. That's not something I say very often. I usually prefer to be alone when I work.

Now I just have to wait for all my beautiful plants to emerge so the beds don't look so bare.
Posted by langela at 6:08 AM