I came out of the house this afternoon, after cooling down a bit, and found this.

I'd like to warn those of you who are of a sensitive nature toward animals. These photos may be a bit disturbing, though they are not gruesome. I just think I should, as part of a farm blog, include the unpleasant with the pleasant. 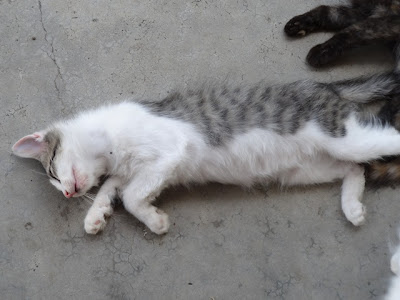 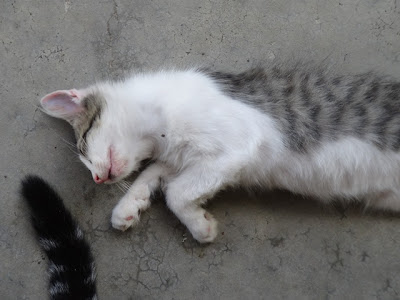 I think it was the heat.

He was all tuckered out. I swear he looked dead. He never even flinched when I opened the door! Finally he moved and re-settled himself. 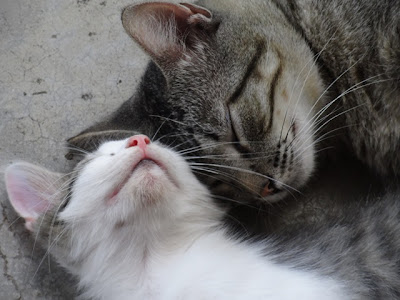 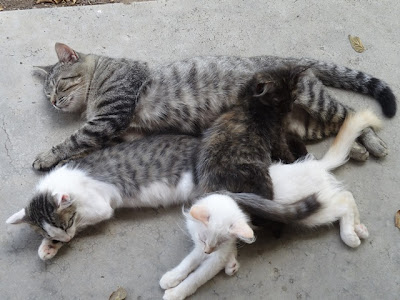 And then everyone moved and re-settled around Mama. She has them mostly weaned, but sometimes it's just too much effort to get up and move. 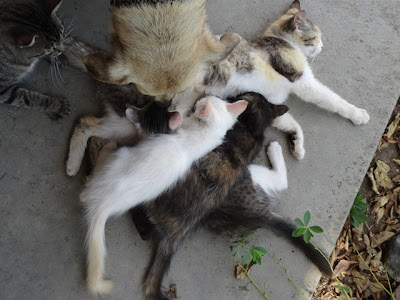 And Buddy had to check things out.
Posted by langela at 6:35 PM